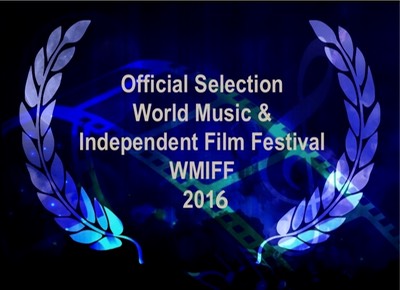 Quotes about the film...

“Watching the documentary about his life was a sacred sharing of his spirit and  the story that created a man who has been moved. He inspires us to be alive every moment possible. Then create from that moment again and again.  I feel Vinx, I hear Vinx even louder and I like it!”
~ Sheikia Norris, rapper/musician/educator

“In a music world full of glitz, glamour and fabricated talent, it is refreshing to know that true artists, masters in the language of music, still exist. With a voice that on its own strikes emotional chords and makes most other things in the world seem insignificant, Vinx has moved us yet again… with his story, his humility and his tenacity.”
~ Bill Lally, owner, TechVineyard


To purchase copies of the documentary, please follow this link:  STORE

As a musician, songwriter, athlete and professor, VINX has fought to stay true to his vision for his art, his career and how he ultimately wants to be remembered…  and he says it is his unfailing commitment to that unique voice inside him that has made all the difference in the face of both tragedy and triumph.  The film Memoirs of a Hip 'Ole Black Man presents a view of VINX's life and career as a lesson in perseverance, humility, hard work, focus and the importance of staying true to your own, unique path and your own, unique gifts.  It is an uplifting story and is perfect for audiences of all ages, interests and backgrounds.

VINX grew up in Overland Park, KS and graduated from Shawnee Mission South High School.  While in school he became National Champion in multiple track events and ultimately led Shawnee Mission South to victory as National High School Champions in Track and Field.  After high school, VINX went on to Kansas State as a ful scholarship athlete again winning National Championships and recording the second longest triple jump in the world.  He was chosen for the 1980 US Olympic team, but the US boycott put an end to that dream and to those of so many amateur athletes at that time.

After his athletic career, VINX turned his focus to music and has built a career touring with some of the most iconic names in the business (Sting, Stevie Wonder, Taj Mahal, and many more) as well as recording and touring with his own bands and solo acts.  VINX and his partner, Jennifer Lambert, run Dreamsicle Arts & Entertainment Group, home to their recording label and celebrated workshop series The Songwriter Soul Kitchen and The Artist Within.

The documentary was written, directed and edited by Ivar Iding (Visual Thought  Productions, NL) and premiered in Amsterdam in April 2015. Screenings/festivals to date include:


To view the trailer, please follow this link:  VinxFilmHD    You can learn more about Vinx at www.vinx.com and www.dreamsiclearts.com